PTR Strategic Ltd was launched in 2021 by Charlie Phillips.

Charlie is an England & Wales qualified solicitor. He is a recognised expert on the interaction between music rights and data in complex cross border contexts.

Prior to running WIN, Charlie was Director of Legal Affairs at the UK’s Association of Independent Music (AIM), and before this was legal adviser at IFPI.

Charlie’s early career was in broadcast and digital media, with management roles at Napster and Capital Radio. He started his music career as a recording studio engineer, working with notable artists including Radiohead on the location recording of their ‘Kid A’ and ‘Amnesiac’ albums.

He is a published author on legal professional issues, with four editions of his career guide ‘Working In Law’ (Crimson Publishing) available.

Charlie has a degree from Oxford University in Egyptology and Akkadian, and an MA in Middle East Historiography with Anthropology and Arabic from SOAS (University of London).

He is also a certified life coach and careers counsellor. 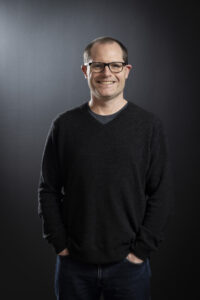